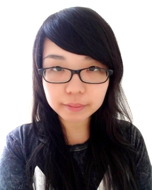 Alice Li is a total geek for email creation, from design to development. In 2007 she began working in email marketing, immersed in the world of ESP creative agencies at Epsilon, Responsys, and Oracle. From there, she went on to serve as the sole email developer for Shutterstock for over 3 years as well as working as a UI engineer for Shutterstock's new design system toward the end of her tenure. At her most recent role as the Principal Email Engineer at Litmus, Alice remains a passionate evangelist for interactive and accessible emails. She was honored to have spoken at Email Evolution Conference 2017, Litmus Live Boston 2017 & 2018, and to have received the 2018 eec Stefan Pollard Award for Email Marketer of the Year. When she's not working on emails, you can find Alice in a karaoke lounge or painting something to justify her B.F.A.