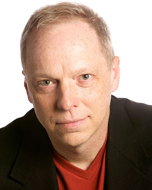 John Lick begins his thirteenth year as head of broadcast production at Target, although he’s been around Target television commercials for most of his thirty-five year career in the film business. He got his start in film in Los Angeles as a television sound designer. He returned to his Twin Cities roots in 1985 and spent ten years as a production company executive producer. In 1995, his interests then turned to advertising and he assumed a variety of ad agency executive production positions, ending up at Target in 2002. Mr. Lick’s been honored with awards from the Clio’s, the Cannes Gold Lion, Gold medals from the New York, Chicago and Los Angeles Film Festivals as well as an Emmy in 1991 for his documentary work. He also co-chairs the ANA Production Management Committee.