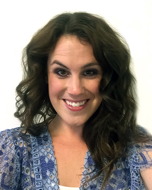 Evelyn Livermore is the vice president, integrated marketing and synergy at The Walt Disney Studios. She has been with the studio since 2008. Ms. Livermore has integrated some of the world’s most iconic entertainment brands with compelling media platforms to ignite consumer awareness and engagement, which has resulted in record-breaking box office numbers for films such as Marvel Studios’ Black Panther and Avengers: Infinity War, Star Wars: The Force Awakens, Disney Pixar’s Incredibles 2 and Disney’s Beauty and the Beast. Evelyn oversees a team that is responsible for strategizing, conceptualizing and bringing to life co-branded content campaigns. Her focus is building strategic partnerships and delivering innovative creative that positions these films as must-see experiences for all audiences. These partnerships vary from targeted promotions for millennials on Snapchat to cross-portfolio campaigns such as NBCUniversal’s “Symphony” and the “Disney Difference,” which spans the company’s vast all-platform portfolio. Evelyn lives in Los Angeles with her fiancé, Tim.