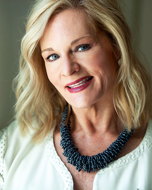 Jan Loomis is the national VP of The Creative Studio for Coldwell Banker NRT, where she oversees advertising copy and artwork for television, internet, magazines, and newspapers, as well as direct mail campaigns and other media. She leads the creative team of graphic designers, copywriters, advertisers, video producers, and workflow managers in The Studio.

Ms. Loomis has held several marketing roles with Coldwell Banker NRT, including regional VP of marketing for the southeast region. She began her career as a news reporter for local media outlets in Ohio and later worked in public relations and marketing for a local development company.