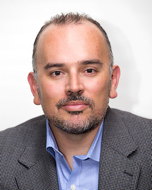 As Adweek stated in a recent article, “Avocados From Mexico boasts one of the most dramatic and impressive rises to prominence in recent marketing history.” The person responsible for leading that rise has been Alvaro Luque, the brand’s president and CEO. In five years, Mr. Luque has delivered the kind of marketing strategies that not only defy established paradigms, but also deliver impressive results. Within the few years that Alvaro has led the Avocados From Mexico (AFM) business, the industry has seen a fruit become a brand, with a market volume increase to a record number of 2.3 billion pounds a year and avocado consumption at over 7 pounds per capita for the first time. Mr. Luque built the AFM marketing group from the ground up. That team of highly talented professionals positioned AFM as a leader in the U.S. fresh segment and became a pioneer in trade, shopper and digital programs for the industry. He is responsible for making AFM the first fresh brand to ever advertise in the Super Bowl, with campaigns that won media recognition and multiple accolades for their unprecedented performance. Prior to AFM, Alvaro spent 15 years holding marketing leadership positions in multiple countries throughout the U.S. and Latin America.