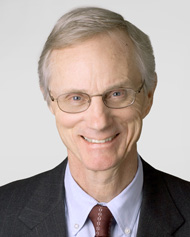 William MacLeod is a partner in the Washington, D.C. and Chicago offices at Kelley Drye & Warren LLP and is co-chair of the Antitrust and Competition practice group. A former bureau director at the U.S. Federal Trade Commission (FTC), Mr. MacLeod focuses his practice on competition law, trade regulation, advertising, privacy and security. Named 2013 D.C. Advertising "Lawyer of the Year" by Best Lawyers, Mr. MacLeod represents companies in advertising, antitrust and intellectual property disputes before the state and federal courts, the FTC and the National Advertising Division (NAD) of the Council of Better Business Bureaus. His notable cases include one of the largest judgments ever awarded in an advertising and antitrust case, the FTC's first trial under the modern unfairness doctrine, and the FTC's first preliminary injunction action in an ad-substantiation case.