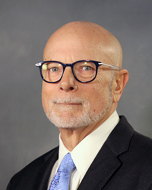 In over 30 years at Grey Advertising, Jon Mandel not only built MediaCom into one of the largest media agencies (with over 85 percent of its billings from clients outside of the Grey holding company) but also was instrumental in the creation and development of many now common facets of the media landscape. Creativity and the need to find new and effective marketing avenues for advertisers led the drive to these developments from the first online-only media agency in the early ‘90’s to a broad variety of now everyday opportunities in television, radio, print, and out of home. In recognition of this, Mr. Mandel has been a three time Ad Age Media Maven and multiple Adweek Media All Star. Two years after the merger of Grey/MediaCom and WPP, he joined the Nielsen Company as CEO of Nielsen Connect. This new division was created to develop new products to fit client needs by combining data across Nielsen products. With this experience in hand, he was the CEO of PrecisionDemand that was a startup enterprise in Seattle that targeted television with the accuracy of online targeting. The success of the methodology drove client’s sales remarkably, from plus 10 percent to over 70 percent increases. In May 2014, PrecisionDemand was acquired by AOL to be a part of its attempt at programmatic video. Mr. Mandel has long been a participant in industry matters ranging from being the first media agency person to be on the Board of the 4A’s and the first agency person to be Chair of the National Association of Television Programming Executives to frequent testimony and ex parte meetings at the Federal Communications Commission and the U.S. Senate Commerce Committee. He has, and continues to serve on various company Boards ranging from publicly traded to venture back media and advertising technology companies. He also advises several companies in the media and marketing space.