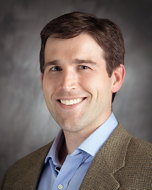 Ryan Matiyow is senior director of marketing for Frito-Lay North America and the head of media, analytics and Frito-Lay’s D3 Content Studio.

In his most recent role overseeing the Doritos and Cheetos marketing teams, he led both brands to significant growth through breakthrough and award-winning campaigns. In February 2018, he led the launch of Doritos Blaze – one of Frito-Lay’s most significant product innovations of 2018 – with a spectacular Super Bowl ad campaign. The ad was the No. 1 most talked about ad of the year, and included a first-of-its-kind Snapchat experience that set new benchmarks for engagement.

In 2017, to elevate the partnership Doritos had with Guardians of the Galaxy Vol. 2, Ryan oversaw the creation of the Doritos Music Bag – a bag that played the full Guardians of the Galaxy Vol. 2: Awesome Mix Vol. 2 (Original Motion Picture Soundtrack). The bag sold out in less than an hour with consumers around the world requesting the item through social media. In 2016, he led Doritos' “Boldest Choice,” a get-out-the vote campaign which showed millennials that – in the 2016 presidential election – the boldest choice was making a choice.

Over the past few summers, Ryan has taken Cheetos to a whole new level with the Cheetos Museum, the official online museum celebrating all of the art to be found in a Cheetos bag. Cheetos Museum has delivered growth for the brand and was the recipient of several industry awards, including seven Cannes Lions. Ryan also oversaw the groundbreaking and buzzworthy execution of the “The Spotted Cheetah” – the first ever Cheetos pop-up restaurant and the largest PR event in Cheetos history. Reservations for the experience were filled in the first six hours resulting in an 8,000+ person wait list.

Ryan has a bachelor’s degree from Vanderbilt University and a Master of Business Administration from Southern Methodist University’s Cox School of Business.