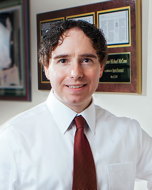 Michael McCann is the associate dean for academic affairs at the University of New Hampshire School of Law, where he is also a tenured professor of law and director of the Sports and Entertainment Law Institute (SELI). In addition to his academic career, Mr. McCann is an award-winning journalist. He is Sports Illustrated’s legal analyst and has authored more than 600 articles for the magazine and SI.com. Michael and Ed O’Bannon have partnered to write the book, Court Justice: The Inside Story of My Battle Against the NCAA, which hit bookstores on Feb. 13. Mr. McCann is also the editor of The Oxford Handbook of American Sports Law, and has authored articles in the Yale Law Journal, Boston College Law Review and other top law reviews. In 2004, he served on the legal team for college football star Maurice Clarett in his NFL eligibility lawsuit. Michael holds a Master of Laws degree from Harvard Law School, a Juris Doctor from the University of Virginia School of Law and a Bachelor of Arts from Georgetown University.