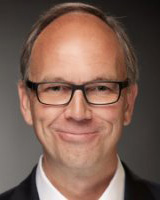 Christopher McCleary was named general counsel for the United States Olympic Committee on Dec. 12, 2014, and officially assumed the position in January 2015. In his current role, McCleary is responsible for all legal issues faced by the organization and all necessary functions as corporate secretary for the USOC board of directors. Additionally, he serves as the organization’s ethics officer, coordinating with the USOC Ethics Committee, and oversees the USOC’s partnerships with the World Anti-doping Agency, U.S.

McCleary joined the USOC from Visa Inc., where he served eight years as the senior vice president and senior associate general counsel of global brand and client management, in which he led the company’s worldwide legal operations in marketing, sponsorships, intellectual property and client licensing.

Previously, McCleary served as senior vice president and deputy general counsel for Visa International Service Association, focusing on the Visa Worldwide Services legal department. In a prior stint with the company, he also served as senior vice president for Visa U.S.A. Inc., where he led the legal department in all marketing and advertising matters.

In addition to his experience with Visa, McCleary served as general counsel for Move.com and practiced law with Brobeck, Phleger & Harrison, concentrating on intellectual property matters.

McCleary and his wife, Kristina Chung, live in Colorado Springs, Colorado, with their two children, Chase and Caroline.