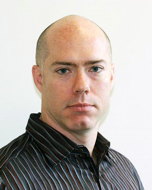 Don McGowan is the chief legal officer and business affairs of The Pokémon Company International, Inc. (TPCi), where he has been since August 2008. In that role, Mr. McGowan spearheaded the launch of Pokémon Go (including TPCi’s investment into its developer) and the first-ever Pokémon live-action feature film (currently in post-production with Legendary Pictures). He was named to Variety’s 2016 “Legal Impact Report,” the magazine’s annual compilation of the leading lawyers in entertainment. Don and his team in Bellevue, Washington and London, England also administer TPCi’s daily legal needs for its animation, trading cards, merchandise licensing, esports and video game businesses. In addition to legal, Mr. McGowan leads TPCi’s customer service, risk management and government affairs teams. He is also a director of Wicked Cool Toys, which manufactures Pokémon toys, Cabbage Patch Dolls, and Teddy Ruxpin, The Toy Association’s 2018 Toy of the Year (infant/toddler). Prior to his time at TPCi, Mr. McGowan was the lead attorney for Microsoft Game Studios and a litigator in Montreal, where he studied at McGill University. Outside of TPCi, Don is on the board of directors of the National Center for Missing and Exploited Children and teaches entertainment law at the University of Washington.