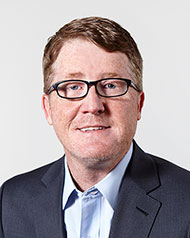 Ramsey McGrory is the chief revenue officer of Mediaocean, where he is responsible for all external functions globally, including business development, sales, partner management, support, training, marketing, and communications.

Previously, Mr. McGrory was president at Scout, a men’s sports publisher, and CEO at AddThis, a social tools and data company that sold to Oracle in January 2016. He also led sales at Right Media, which was acquired by Yahoo!, where Mr. McGrory was deeply involved in developing the programmatic market and eventually led ad platforms and U.S. data partnerships. He began his career at DoubleClick selling media and technology.

Mr. McGrory served in the U.S. Army in Germany and the Persian Gulf. He has a B.A. in economics from the University of the South and a master’s in management from Georgia Tech.