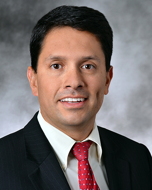 Prior to joining American Express, Chris was director of congressional and public affairs at the U.S. Chamber of Commerce, the world’s largest business federation. He was the Chamber’s lead lobbyist on e-commerce, privacy, intellectual property and telecom issues.

Chris also held positions at several other trade associations, including AeA, the American Society of Association Executives, and the U.S. Energy Association.

Chris received a Bachelor of Arts degree from the University of Virginia, and resides in Arlington, VA.