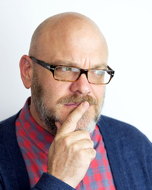 Todd Miller is the chief creative director of Experian's in-house agency, The Cooler.

Previously, Mr. Miller was the executive creative director at TBWA and J. Walter Thompson Worldwide, and during his more than 20 years across various agencies has worked with dozens of national brands.