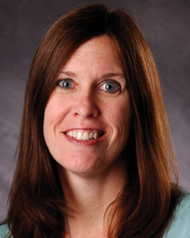 Prior to joining JPMC in May of 2013, Colleen ran her own Consultancy group, Milway Media Consulting, providing Global and U.S., Innovative Strategic Media Consulting Services to leading clients in Pharma, OTC and CPG categories. She is also very active in the ANA, Co-Chairing the Media Leadership Committee and is also involved in industry efforts to evolve digital and media measurement.

Colleen began her career at Young & Rubicam in 1986, and worked in Media Planning on several major accounts including; Kraft, Colgate, Blockbuster, and Sony Electronics until 1999, when she left as a Senior Vice President, Planning Director.

Colleen is the recipient of the 2012 and 2011 Cablefax Sweet 16 Awards, the 2008 MIN Sweet 16 Award, 2007 Advertising Age Media Maven Award, Campbell’s 2007 CEO Award, and has also won several Effie Awards for Campbell businesses. She also had an 8 year term as Board of Directors of the BPA, Worldwide, with 2 years as Vice Chair, and 2 years as Chair of the BPA.

Colleen resides in NJ with her husband Michael and two daughters, Meghan and Jamie.