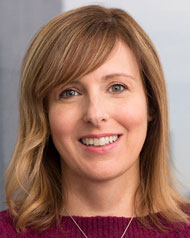 Kristin Mirek is a digital media executive with extensive experience in all facets of entertainment, with a focus on exceptional content experiences that foster deep engagement and audience loyalty.  Currently overseeing Nickelodeon’s social media marketing and digital video, she has had a hand in sustaining Nick’s run as the #1 television network with kids. Having spent the majority of her career working in movies, music and television, she also has Broadway on her resume, as part of the launch team behind the hit show SpongeBob SquarePants: The Broadway Musical. Prior to making the leap to television, Ms. Mirek worked at a number of digital first companies.

Ms. Mirek holds an M.B.A. from The UCLA Anderson School of Management as well as a B.A. in History from UCLA.