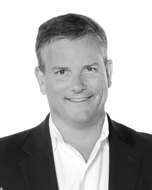 John is responsible for customer marketing for Coca-Cola North America’s National Retail Sales teams. His team leads the planning and development of our commercial plans for our customers which includes marketing our retail strategy, core sales initiatives and tailored shopper marketing platforms.

John formerly led Coca-Cola’s Retail Strategy and Marketing team in Atlanta from 2011 - 2014, as well as, Coca-Cola’s Kroger Total Beverage Team in Cincinnati from 2007-2010. He has also held various positions of increasing responsibility within Region Sales & Marketing and Category Management. John has been with The Coca-Cola Company for almost 20 years.

Prior to Coke he led several customer teams at RJR Nabisco along with sales management positions. He is a graduate of Denison University in Granville, Ohio and earned his M.B.A. from the University of Notre Dame.