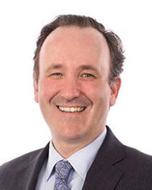 Sean O'Connor has 23 years of experience in fundraising, both as a consultant and as an in-house CDO. He comes to Audubon most recently from Development Guild DDI, where he founded the New York office and was a principal and senior vice president in Development Guild’s fundraising and executive search practices. Before that, Mr. O’Connor was a partner and vice president with CCS Fundraising, where he worked with clients such as the Brookings Institution, the Bill and Melinda Gates Foundation, NewYork-Presbyterian Hospital and the Wildlife Conservation Society. During that time, he served as campaign counsel to a $750 million campaign for Weill Cornell Medical College. Sean has worked with clients across the U.S., including The Nature Conservancy, Make-A-Wish Foundation, Boston Children’s Hospital Trust, Partners In Health, Hebrew SeniorLife, International Center for Transitional Justice, The Noguchi Museum, Yaddo, New York City’s Fund for Public Schools and the Animal Rescue Fund of the Hamptons.