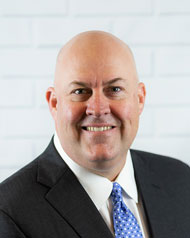 Christopher (Chris) Oswald is senior vice president of government relations for the Association of National Advertisers (ANA). Mr. Oswald is responsible for government relations and advocacy efforts in Congress, regulatory agencies and all 50 states. He serves on the board of the Digital Advertising Alliance and the Global Direct Marketing Association (GDMA). Prior to ANA, Christopher served as vice president of advocacy for the Data & Marketing Association (DMA). In this role, he led DMA’s government lobbying efforts and was a member of their senior leadership team. Mr. Oswald directed various policy groups and served as DMA’s representative to federal and state legislators, agencies and industry government affairs and advocacy groups. Chris was the treasurer of DMA’s political action committee and directed DMA’s litigation efforts. Prior to joining the DMA, he served as director of state government affairs for Reed Elsevier, Inc. and was director of state government affairs for the Mortgage Bankers Association. Licensed to practice law by the State Bar of California, Mr. Oswald earned a Juris Doctor and Governmental Affairs Certificate from the University of the Pacific, McGeorge School of Law. He holds a Bachelor of Arts in international political economy from Whitworth College. Chris lives in Alexandria, Virginia.