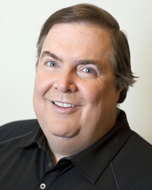 Tony Pace is a marketing leader with extensive and detailed knowledge of the media landscape and its business practices.

As Chairman of the ANA, he was directly and intimately involved with its landmark study by K2 Intelligence which detailed the pervasiveness of non-transparent media practices.

Tony has extensive experience as a marketing practitioner as CMO of Subway. He was the architect of the category changing $5 footlong. He was also a pioneer with branded content and influencers with the development of ‘The Famous Fans of Subway’ program. Under his leadership, Subway grew to the number two position in the QSR category in terms of sales and number one in terms of locations. Subway’s brand value reached the top forty globally according to Millward Brown’s annual Brand Z study.

Prior to these positions, Mr. Pace had a decades long record of leadership, success and innovation across the marketing spectrum. He managed leading marketers such as Kentucky Fried Chicken, Coca-Cola, Capital One, General Motors, Exxon, and Texas Instruments for Young & Rubicam and McCann-Erickson. He also co-founded Momentum, the leading experiential marketing firm. He served as General Manager of McCann Southwest which he expanded with offices in Austin and New Orleans in addition to those previously established in Dallas and Houston.

Tony serves as an advisor to several organizations and is a Principal at Cerebral Graffiti, a marketing consultancy.