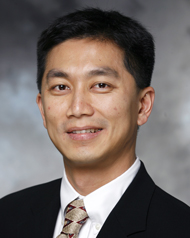 As EVP of Film Marketing, Jack leads the studio's research, content, and interactive marketing initiatives and assists in all other marketing disciplines. During his time at Summit, he has launched The Twilight Saga franchise along with a diverse slate of movies ranging from Warm Bodies to The Perks of Being a Wallflower to the Academy Award-winning The Hurt Locker.

Jack was previously at The Walt Disney Studios, where served as Vice President of Strategy, Interactive Marketing & Special Projects in the Worldwide Theatrical Marketing Group, where he worked on 36 Number 1 films including the Pirates of the Caribbean trilogy, the National Treasure and Chronicles of Narnia franchises, Disney & Pixar films including Finding Nemo, The Incredibles and WALL-E, M. Night Shyamalan’s films The Sixth Sense, Unbreakable and Signs, Wes Anderson’s films The Royal Tenenbaums and The LIfe Aquatic, and a range of other live-action and animated films.