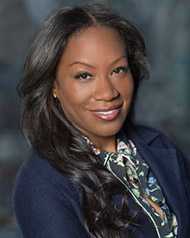 Prior to serving in her current role, Ms. Parker was a legal counsel for Red Bull North America, the North American subsidiary of the global beverage company. Before joining Red Bull, Ms. Parker practiced as an attorney in the Banking and Institutional Finance department at two international law firms. She began her career as an assurance and audit associate at PwC.

Ms. Parker is a graduate of Georgetown University’s McDonough School of Business, where she received her B.S. in Accounting. She received her law degree from the University of Southern California Gould School of Law. Outside of work, Ms. Parker has served as a guest lecturer in the Columbia University/ISDE Dual Masters in Sports Law and Sports Management Program.