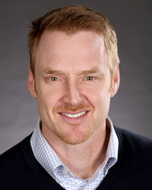 Michael (Mike) Philips is an assistant general counsel in Microsoft’s corporate, external and legal affairs (CELA) organization. In his current role, Mr. Philips supports aspects of Microsoft’s artificial intelligence and research division, including the product development work of the AI products organization and the policy initiatives of the Microsoft research AI team. Michael joined Microsoft in October 1999, and in his time at the company has provided legal support to a variety of product groups, including Bing, Office Server, Unified Communications, Xbox and MSN Mobile, as well as a number of field organizations, including during a two-year assignment as the lead for CELA’s Southeast Asia team based in Singapore. Prior to Microsoft, Mike practiced law for five years at Preston Gates & Ellis (now K&L Gates) in Seattle, where he focused on mergers and acquisitions, and general corporate work.