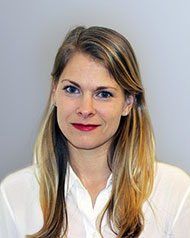 Prior to joining JL, Meg was the Communications Strategy Director at Bartle Bogle Hegarty NY where she led the communications planning discipline and worked on several of the agency’s most effective campaigns including Netflix’s House of Cards "FU 2016" which received seven Lions at the 2016 Cannes Festival including the Integrated Grand Prix, among other accolades.

Meg began her career in media planning at Wieden+Kennedy NY where she worked on ABC Entertainment, primarily focusing on media strategy and integrated planning for the network’s primetime show launches.