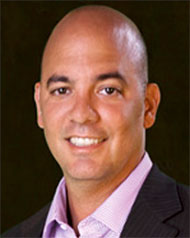 Nick Primola, is Executive Vice President, head of industry leadership and the chief marketing officer practice for the Association of National Advertisers. In this role, he leads the ongoing effort to align ANA’s industry leadership initiatives with the collective actions of the global community of CMOs. Nick is the primary lead for the Global CMO Growth Council, in partnership with Cannes Lions, that coordinates the efforts of the world’s top CMOs to drive outcomes that impact the industry. Also while at ANA, Nick has led multiple business units including the ANA School of Marketing, the ANA’s Member Relations Team, the Alliance for Family Entertainment (#SeeHer) and has also served as a director on the Marketing Accountability and Standards Board.

Prior to ANA, Nick was a senior vice president in corporate marketing at Citizens Bank in New England (part of the Royal Bank of Scotland at the time). He also spent over eight years in NYC at world-class agencies Ogilvy and Y&R/Wunderman. He began his career at MBNA/Bank of America in DE. Nick is a proud graduate of Villanova University and a Philly native.