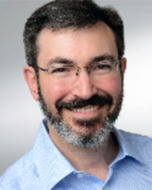 David Rabkin is the executive vice president and general manager of U.S. small and medium-sized enterprises (U.S. SME) for American Express’ Global Commercial Services business, a $9-billion division representing approximately one-fourth of American Express’ revenue and billings. Mr. Rabkin’s team of digital, tele and field professionals is responsible for acquisition, growth and retention of U.S. companies with less than $300 million in annual revenue. He also serves on the board of American Express National Bank, a regulated U.S. banking entity with over $100 billion in assets. Prior to this role, David was EVP/GM of marketing for the Global Commercial Services business, where he was responsible for leading U.S. and international prospect and customer marketing channels across all customer segments. His mandate included global digital and solicited acquisition, customer relationship management, field enablement, dialogic and partner distribution. Mr. Rabkin joined American Express as a member of the Strategic Planning Group in the company’s New York headquarters, where he served as vice president, leading strategy engagements for each of American Express’ primary business units, as well as the CEO. David holds a Master of Business Administration from Harvard University and a Bachelor of Arts in English literature from the University of California at Berkeley.