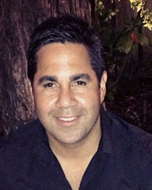 Mike Reid has 25 years of media sales experience with a specialization in multicultural marketing, and he is currently Pandora’s executive director of multicultural sales.  In his role, Mike is responsible for overseeing Pandora’s multicultural sales and marketing managing a team of dedicated sellers across the country.  Prior to Pandora, Mr. Reid spent most of his career at Univision in senior management roles with his last assignment as senior vice president of national sales.  In that role, he oversaw national sales for Univision’s owned and operated and affiliate TV stations.  After leaving Univision, he spent 3 years as the executive vice president of Estrella TV, a new Spanish language television network, where he oversaw network sales. Mr. Reid is a graduate of The University of North Texas.