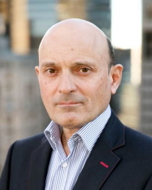 Manuel Reyes founded Cortex Media 19 years ago to help multi-national advertisers manage their media agency relationships. He has been providing media auditing and compliance services to top-tier companies in the Americas, Europe and Asia since 2001. Before founding Cortex, Manuel worked as CMO of a digital music startup owned by Universal Music and Sony. Prior to that, he had an extensive career in the media agency business as Chief Executive of Starcom Latin America and running MediaVest Latin America and U.S. Hispanic operating divisions. He started his career in media working for a national television network in sales and operations.