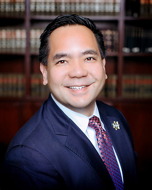 Utah Attorney General Sean D. Reyes has keynoted and trained government and business leaders on the intersection of innovation and regulation, including marketing and advertising law and consumer protection, and advises the U.S. attorney general and the administration on various issues pertaining to technology and innovation. Locally, he’s engaged numerous emerging and established technologies on behalf of state government. These advances have made government more effective and less intrusive to the public, while revolutionizing various law enforcement functions. General Reyes is a leader among attorneys general nationally on tech, innovation and policy issues. As a former outside counsel, general counsel and investor in tech companies, he has a unique background among his AG peers. General Reyes chairs the Cyber Committee for 43 states in the Conference of Western Attorneys General (CWAG), is past co-chair of the Internet Safety/Cyber Privacy and Security Committee for the National Association of Attorneys General (NAAG) and founded the annual Tech Summit for the Rule of Law Defense Fund (RLDF) and Republican Attorneys General (RAGA), bringing top global leaders in business, policy and politics together. The son of a Spanish-Filipino immigrant father, who fled the Marcos regime and a Japanese-Hawaiian mother, General Reyes is Utah’s first minority elected statewide.