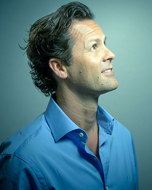 Dominic Sandifer has been a leader in the music and branded entertainment field for nearly 20 years. In 2008, he and his partners formed GreenLight Media & Marketing, LLC, an award-winning digital content studio and branded entertainment agency, which was acquired by Live Nation Entertainment in 2016. GreenLight’s clients and projects have included Cannes Lion-winning branded content programs such as “Intel + Gaga + Grammys,” Hyundai’s “The Re:Generation Music Project” (in association with the Grammys) and Logitech’s Ultimate Ears “The Social Music Experiment,” as well as other award-winning and notable projects for American Express (“Pairings”), Gillette (“Gillette Uncut Film Series”) and Under Armour (“Huddle Up with Cam Newton”).