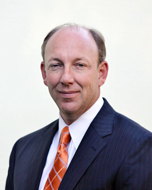 C. Brad Schuelke is a senior assistant attorney general in the Consumer Protection Division of the Texas Attorney General’s Office. Since 2005, he has had a particular focus in the area of telecommunications, privacy, and internet law, including security breaches, spamming, cramming, spyware, unsolicited facsimile advertising, deceptive telemarketing, and violations of state and federal do not call statutes.