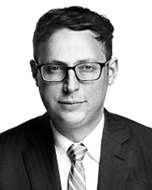 Nate Silver is the founder of the award-winning website FiveThirtyEight. The site relaunched as an ESPN entity in March 2014, and expanded its coverage to include sports, economics, culture, science, and technology. FiveThirtyEight also provides data-driven coverage of politics, including forecasts of upcoming elections. Mr. Silver has established himself as today’s leading statistician through his innovative analyses of political polling. He first gained national attention during the 2008 presidential election, when he correctly predicted the results in 49 of 50 states, along with all 35 U.S. Senate races. In 2012, FiveThirtyEight predicted the election outcome in all 50 states. His most recent book, The Signal and The Noise, is a New York Times bestseller. Before he came to politics, Mr. Silver established his credentials as an analyst of baseball statistics. He developed a widely acclaimed system called PECOTA (Player Empirical Comparison and Optimization Test Algorithm), which predicts player performance, career development, and seasonal winners and losers. Fast Company chose him as No. 1 on their list of the 100 Most Creative People in Business 2013. He was among TIME’s 100 Most Influential People of 2009 and Rolling Stone’s 100 Agents of Change.