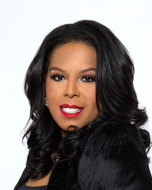 Dia Simms worked her way up to president of Combs Enterprises after Sean “Diddy” Combs initially recruited her to be his assistant in 2005. Ms. Simms brings her relentless commitment to excellence and her unparalleled track record as a creative strategist and marketer to the leadership team of Combs Enterprises. She has since held numerous roles as part of the Combs executive team, including general manager of the advertising and marketing firm, the Blue Flame Agency, and president of Combs Wine & Spirits. Dia oversees business activities across the companies and investments built and cultivated by Mr. Combs, including Combs Wine & Spirits, Blue Flame Agency, AQUAhyrdrate, Bad Boy Entertainment, Sean John, Revolt Media and Capital Prep Harlem. In 2017, Ms. Simms was listed as a powerful executive on Billboard’s annual “Women in Music” list, as well as featured on the Ebony “Power 100” list. In April 2018, she was an honoree of the Matrix Awards from NYWIC. Dia balances her work and personal life by commuting between Combs Enterprises in New York City to her home in Baltimore, Maryland, where she resides with her husband and daughter.