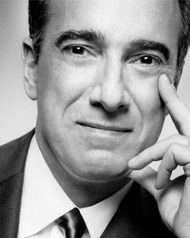 Jim Speros led the team that developed Fidelity's iconic "Green Line" campaign and other marketing programs that drove significant growth. He joined Fidelity Investments in 2008 as chief marketing officer and was named executive vice president of corporate communications in 2014.

Previously, he was CMO at Marsh & McLennan Companies; CMO and partner at EY, directing global marketing across 140 countries; and vice president, advertising and marketing communications at AT&T. He is credited with placing the first-ever web banner on the internet in 1994.