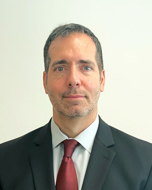 Prior to joining the district attorney’s office, Mr. Spinella was in private practice for over 17 years representing clients in federal and state court in both the commercial and consumer contexts.

Mr. Spinella was admitted to the bar after graduating from the George Washington University Law School in Washington, D.C. He earned his bachelor’s degree from Duke University with majors in history and Spanish.