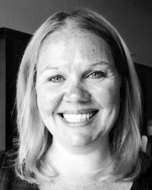 Kim Stevens is the director of industry relations for the ANA-4A’s Joint Policy Committee on Broadcast Talent Union Relations (JPC) and a key liaison between the advertising industry and the JPC. Prior to joining the JPC, Ms. Stevens spent ten years as senior business affairs manager for global advertising agency Arnold Worldwide, handling business and legal issues such as talent agreements, licensing, contracts, and copyright infringement. She has been part of the negotiation team during negotiations for the SAG-AFTRA Commercials Contracts since 2013. She also sits on the Industry-Union Standing Committee charged with reviewing ongoing issues under the Commercials Contract, the Joint Commercial Review Committee that reviews content and its “commercial” status, and chairs the JPC Talent Affairs Committee in New York.  Ms. Stevens received her B.A. from the University of New Hampshire and her M.B.A. from the University of Massachusetts.