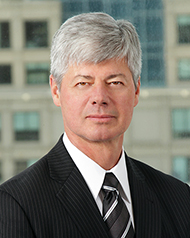 Former U.S. Congressman Bart Stupak is a partner in Venable's Legislative and Government Affairs group. As Congressman to Michigan's First Congressional District for 18 years, Bart developed a deep understanding of issues that directly affected his constituents, including matters related to energy, health care, telecommunications and international trade. As an attorney at Venable, he is in a unique position to provide clients with well-informed, extensive counsel that is based on a thorough knowledge of these industries and related legislation.

While in Congress, Bart served on the Energy and Commerce Committee for 16 years. During his tenure on the Energy and Commerce Committee, he served on a number of subcommittees, including Health, Energy and the Environment, Communications, Technology and the Internet, Consumer Protection, Commerce and Trade, and Oversight and Investigations. As Chairman of the Oversight and Investigations Subcommittee, Bart helped lead investigations into key issues, such as physical and cyber security breaches at U.S, nuclear labs, food and drug safety, and insurance company rescissions of insurance policies. He also played an important role in the passage of H.R. 3590, the Patient Protection and Affordable Care Act of 2010. Additionally, Bart served on the Armed Services, Government Reform and Merchant Marine and Fisheries Committees.

Prior to joining the U.S. House of Representatives, Bart worked in private practice in Michigan. Bart began his career in public service as a police officer in Escanaba, Michigan. He continued his career in law enforcement as a Michigan State Police Trooper until he was medically retired due to an injury sustained in the line of duty. He also served in the Michigan House of Representatives.

In spring 2011, Bart was a Fellow at the Institute of Politics, Harvard University, John F. Kennedy School of Government.