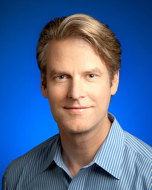 As president of the Americas at Google, Allan Thygesen leads the company’s advertising business in North and South America. Previously, he was president of Google Marketing Solutions, overseeing the global mid-market and small advertiser business, which serves millions of customers and agencies worldwide. Mr. Thygesen is a sought-after voice in the technology industry and presently serves as a lecturer at the Stanford Graduate School of Business and as an outside director for RingCentral (NYSE: RNG).

Before joining Google, Allan was a managing director and partner in the U.S. venture and growth funds of The Carlyle Group, where he led investments in startups in sectors including e-commerce, mobile advertising and imaging. Earlier, he served as EVP, sales and business development, at Wink Communications, which he helped take public in 1999. Before Wink, Mr. Thygesen worked in sales, marketing, customer service and finance management roles at various technology companies in the United States and Denmark.

He received a master’s degree in economics from the University of Copenhagen and a Master of Business Administration degree from the Stanford Graduate School of Business, where he graduated as an Arjay Miller Scholar. Allan lives in the San Francisco Bay Area with his wife and four children.