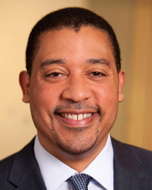 A Rhodes Scholar, Mr. White is a graduate of Grinnell College and Stanford Law School, and was a labor and employment attorney at O’Melveny & Myers LLP. He is chair of the board of the SAG-Producers Pension and Health Plans, the former chair of the board of trustees of Grinnell College, and former vice chair of the Industry Advancement and Cooperative Fund. Mr. White also serves as a trustee of the AFTRA Health and Retirement Funds, and as a board member of the Motion Picture and Television Fund, the SAG Foundation, The Actors Fund, and Volunteers of America - Los Angeles.