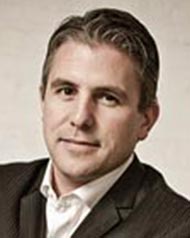 Kevin Willer is the founder and chief executive officer of the Chicagoland Entrepreneurial Center (CEC). The CEC works with high-potential entrepreneurs to build the next generation of high-growth companies in the Chicago area. He works across the entrepreneurial ecosystem with startups, investors, government, and industry organizations to accelerate the pace of innovation and rate of success for local entrepreneurs. The CEC will also be managing, operating, and programming 1871, a new startup co-working center for 400 entrepreneurs located at The Merchandise Mart. Previously, Mr. Willer co-founded the Google Chicago office in late 2000. In his more than 10 years with Google, he helped grow the office to more than 400 professionals. He led the telecom industry practice, where his teams managed the Google marketing partnerships with several of the largest telecommunications corporations, including AT&T, Sprint, and Motorola. In his additional head of office role, Mr. Willer led the civic development efforts for Google’s Chicago office. Before Google, he held business development positions at CMGI, an early internet incubator, and USRobotics, the pioneer in modem technology.