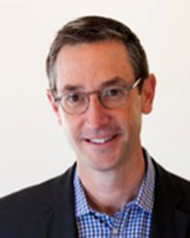 Matt has led U.S. and global strategy development for Discover Financial Services, Nespresso, GEICO, UPS, Saab and Credit Suisse. He has managed strategy on Effie-winning campaigns for UPS, Bank One and GEICO and has received account planning awards from the American Association of Advertising Agencies for both Saab and UPS. A contributing author to the best-selling book Kellogg on Branding, Matt also speaks regularly on advertising and marketing topics around the country. He has consulted on communications strategy with the U.S. State Department and the U.S. Department of Defense.

Matt holds a marketing degree from the College of William and Mary and an M.B.A. from the Kellogg School of Management at Northwestern University. He currently serves on the boards of the Richmond Chamber of Commerce and Venture Richmond. Matt and his wife, Betsy, live in Richmond with their sons, Patrick and Ethan.