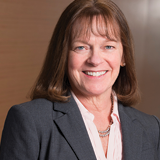 Katherine Winfree is a partner in the Consumer Protection practice and is based in the firm’s Washington, D.C., office. She is a nationally recognized leader in the areas of regulatory enforcement and consumer protection. Ms. Winfree’s more than 30 years of government experience includes service as the chief deputy attorney general for the state of Maryland, the second highest law enforcement officer in the state.

As the former chief deputy attorney general for Maryland, Ms. Winfree was responsible for the supervision of 32 divisions, including antitrust, consumer protection, criminal, environment, public safety and transportation. Her prominent successes at the attorney general’s office included the representation of the state before the U.S. Supreme Court in Maryland v. King, in which the Court upheld the constitutionality of the Maryland DNA Collection Act.

Ms. Winfree’s background also includes service with the Federal Communications Commission (FCC). As the Chief of Staff in the Enforcement Bureau, she was a key policy advisor to the Bureau Chief and provided oversight and guidance on a broad array of projects relating to communications and technology law and regulation.

Prior to her time with the FCC and the state of Maryland, she served for more than two decades as a federal and state prosecutor, trying widely publicized cases, including federal public-corruption cases and the prosecution of the Beltway snipers. Among other roles with the U.S. Department of Justice, she has worked in the Appellate Section of the Criminal Division and served as Chief of the Economic Crime and Public Corruption Sections in the United States Attorney’s Office for the District of Columbia.

During her tenure as a federal prosecutor, she was the recipient of the Harold Sullivan Award honoring her as the top prosecutor from among 350 Assistant United States Attorneys. In addition to numerous Special Achievement Awards for outstanding performance, she received the Federal Bureau of Investigation Director’s Superior Performance Award for leading a major federal money laundering investigation and prosecuting two major automobile dealerships and their employees in a case that resulted in 19 convictions and more than three million dollars in forfeitures.