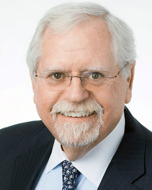 ANA’s General Counsel, Doug Wood has specialized in advertising and marketing law for more than 40 years. Listed among the leading global specialists in advertising law in Chambers, the Legal 500, The Best Lawyers in America, and Super Lawyers, he is known and respected worldwide.

Mr. Wood is the author of Please Be Ad-vised: The Legal Reference Guide for the Advertising Executive (7th edition), considered the legal bible for the advertising industry. He is also a novelist with five other critically acclaimed books: 101 Things I Want to Say…the Collection (2014), a book on fatherly advice; Presidential Intentions (2014), Presidential Declarations (2015), and Presidential Conclusions (2017), political thrillers about the first woman President of the United States; and Asshole Attorney: Musings, Memories and Missteps in a 40 Year Career (2018).

Mr. Wood is working on his next novel, Fifteen Minutes to Cybergeddon, scheduled to be published in 2019.