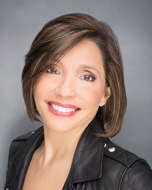 Linda Yaccarino oversees all advertising sales and market strategy for NBCUniversal’s entire portfolio of premium video content, including broadcast, cable, and digital. Her groundbreaking “one portfolio” plan has amplified the enormous power and reach of the company’s broadcast, cable, and digital assets. In 2015, she announced the company’s audience targeting platform, NBCUx, and the “NBCU+ Powered by Comcast” offering, which leverages NBCUniversal’s industry-leading assets and empowers clients to make better data-driven decisions. Prior to NBCUniversal, Ms. Yaccarino served as executive vice president and COO of Turner Entertainment advertising sales and marketing and acquisitions. She was also instrumental in developing and enhancing “InContext,” the industry’s first-ever contextual platform. Among her many industry honors, Ms. Yaccarino was recognized in 2014 by Variety’s “Power of Women of New York” and The Hollywood Reporter’s “Women in Entertainment: Power 100” for the second year in a row. She has also been named one of the “Ten Most Powerful Women in TV” by Adweek and as a “CEO of Tomorrow” by Business Week.