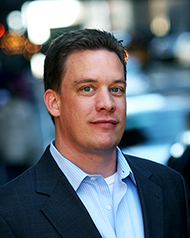 Mike Zaneis was appointed President and CEO of the Trustworthy Accountability Group (TAG) in July 2015, leading TAG’s efforts to eradicate digital advertising fraud, malware, ad-supported piracy, and to increase transparency across the digital advertising supply chain. Since he took over, TAG’s programs have proven successful in stopping 85 percent of advertising fraud and removing 90 percent of ads from pirate sites in the United States. TAG has launched these successful programs globally, serving more than 500 member companies in 28 countries and 6 continents.

Prior to taking the helm at TAG, Mike served as the Executive Vice President and General Counsel for the Interactive Advertising Bureau (IAB). He created the organization’s first Public Policy Office, headquartered in Washington, D.C. During his tenure, the IAB tripled its revenue and membership, and under his guidance, the Public Policy Office grew to become the leading voice for the digital advertising industry on legislative, regulatory, and legal issues. He often represented the industry before the United States Congress, federal regulatory agencies, international legislative bodies, and at public conferences. As General Counsel for the IAB, Mike oversaw internal legal operations of the organization and provided leadership on key judicial proceedings impacting the interactive advertising industry. He received his bachelor’s degree from Michigan State University and both his Juris Doctor and Masters in Public Policy from Georgetown University. Mike has served as an adjunct professor for Georgetown’s McCourt School of Public Policy.