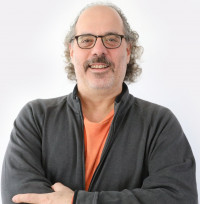 Tom is a founding partner of Stein IAS and a leader and innovator in B2B marketing for more than 30 years. In 2017, Tom was among the first group of inductees into the ANA B-to-B Hall of Fame.

Tom is part of the leadership team that has propelled Stein IAS to global Agency of the Year designation by ANA Business Marketing for six an unprecedented eight times over the past 11 years. In 2020 and 2021, Stein IAS earned the distinction of being named Agency of the year on six separate occasions and also received the first-ever WARC Effectiveness Award for B2B at Cannes.

Tom was inducted into the Creative Excellence in Business Advertising Hall of Fame in 2008 and currently serves as President of ANA Business Marketing NYC.

This past year, Tom was appointed Chairman of MSQ B2B to bring forward a new agency model that leverages the collective capabilities and expertise of Stein IAS together with the eight other agencies that comprise MSQ.